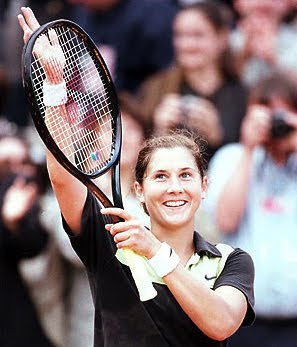 Monica Seles was born in Novi Sad in the former Yugoslavia in 1973. Seles has also represented the United States, as she became a U.S citizen in 1994. She became the youngest ever Champion of the French Open in 1990. She went on to win a further eight Grand Slam tournaments.

Seles' career was interrupted in 1993 when she was stabbed in the back during a match in Hamburg in front of 6000 spectators. Her attacker turned out to be a mentally unstable man who was unhappy that Seles had usurped Steffi Graf from the Number One ranking. Fortunately, Seles' injuries were not life threatening and she recovered quickly.