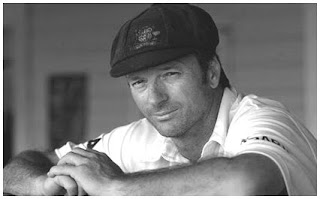 Stephen Rodger Waugh, AO (born 2 June 1965) is a former Australian cricketer, and fraternal twin of former Australian cricketer Mark Waugh. Steve Waugh captained the Australian Test cricket team from 1999 to 2004. He was the most capped Test cricket player in history with 168 appearances until 3 August 2010, when Sachin Tendulkar of India broke this record. He is known amongst friends as "Tugga" (as in tug of war), and amongst the public as "Iceman" for his ability to remain calm and cool in high-pressure situations throughout his career. Dean Waugh, another of Steve's brothers, is also a cricketer, having played first-class and list A cricket in Australia. He is known for his philanthropic work, and he was named Australian of the Year in 2004.