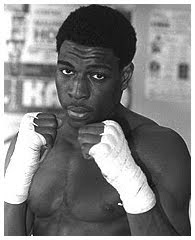 Bruno became a professional boxer in 1980, quickly racking up a streak of twenty-one consecutive wins by knockout. This streak caught the attention of international boxing magazines, such as The Ring, KO Magazine, Boxing Illustrated, Ring En Español. In March 1984, however, future World Heavyweight Champion, American James 'Bonecrusher' Smith, then a boxing journeyman, halted that streak when he defeated Bruno by knockout in the tenth and final round of their bout, with Bruno leading on all three judges' cards.